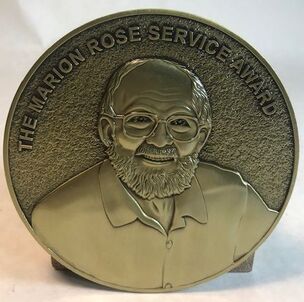 2020 Virtual Award Presentation
Recipient shall be selected on the basis of outstanding service and contributions to the advancement of the Hardened Electronics and Radiation Technology Society. The contributions may include HEART Steering Group committee, HEART Conference committees, and active participation within the HEART community.
Purpose of the Award:
To recognize individuals "For Service and Involvement in Hardened Electronics and Radiation Technology Community"
2021 Award Winner

James J. Sheehy, Jr.
"In recognition of more than thirty years of leadership in radiation-hardened electronics, and for providing leadership and mentoring that transformed the HEART Conference, promoted the HEART Community, and continues to inspire the HEART Society"
Mr. Sheehy holds a B.S. in Production and Operations Management from Ohio State University, a M.S., in Computer Science from Kansas State University, and is a graduate of the Defense Systems Management College (now The Defense Acquisition University). Prior to entry into his civilian career, Mr. Sheehy served more than 22 years on active duty with the U. S. Army. While on active duty he served in numerous staff, leadership, and command positions in both combat and non-combat assignments.  He retired from active duty at the rank of Lieutenant Colonel in 1988.

Early-on, Mr. Sheehy participated in fielding experiments in support of the Disko Elm underground nuclear test.  These experiments were directed at determining the ability of emerging SOI-based electronics to function reliably during, and after, exposure to a nuclear event.  In addition, he has supported numerous radiation hardened technology development efforts, including:

As Principal Investigator for Electronics Hardening on the National Missile Defense (NMD) Exoatmospheric Kill Vehicle (EKV).  His and his team’s responsibilities included:

Mr. Sheehy was a principal author of the Hardened Electronics Availability Problem (HEAP) study. The findings of this study helped give rise to the Department of Defense Radiation Hard (Electronics) Oversight Council (RHOC).  Mr. Sheehy is a former member of the RHOC Action Officer Working Group where he performed systems requirements analysis, technology roadmap development, budgetary analysis, and technology status reviews as part of the RHOC mission to stabilize radiation hardened electronics production capability within the national industrial base.

As HEART Conference Chairman Mr. Sheehy established the use of on-site and off-site locations for the conduct of classified and ITAR sessions.  This had a dramatic impact on his and following HEART Conferences, resulting in reduced cost, enhanced convenience for conference attendees, and significant expansion of the venues available for future conferences.  This site-model is still in use today.

In 2009 Mr. Sheehy, along with three partners, founded Scientic, Inc. He retired as President/CEO of Scientic in 2016. He remains active as a member of Scientic’s Board of Directors.  He and his wife, Judy, have 3 children and 7 grandchildren.  They currently reside in Huntsville, AL.